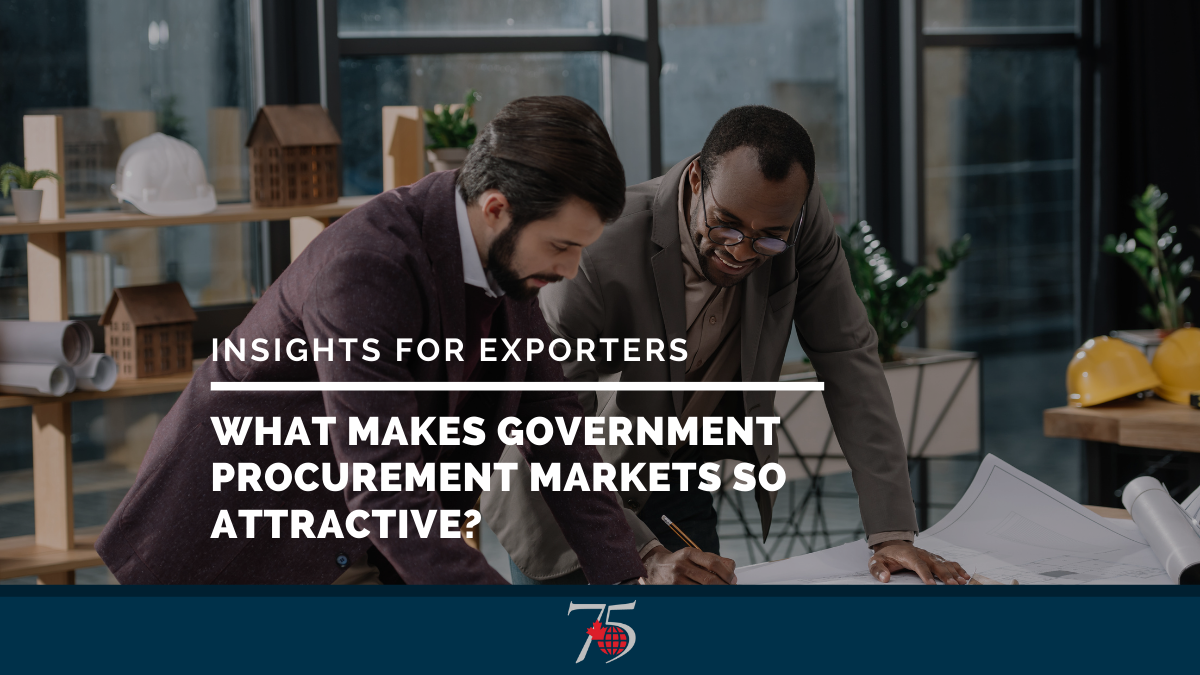 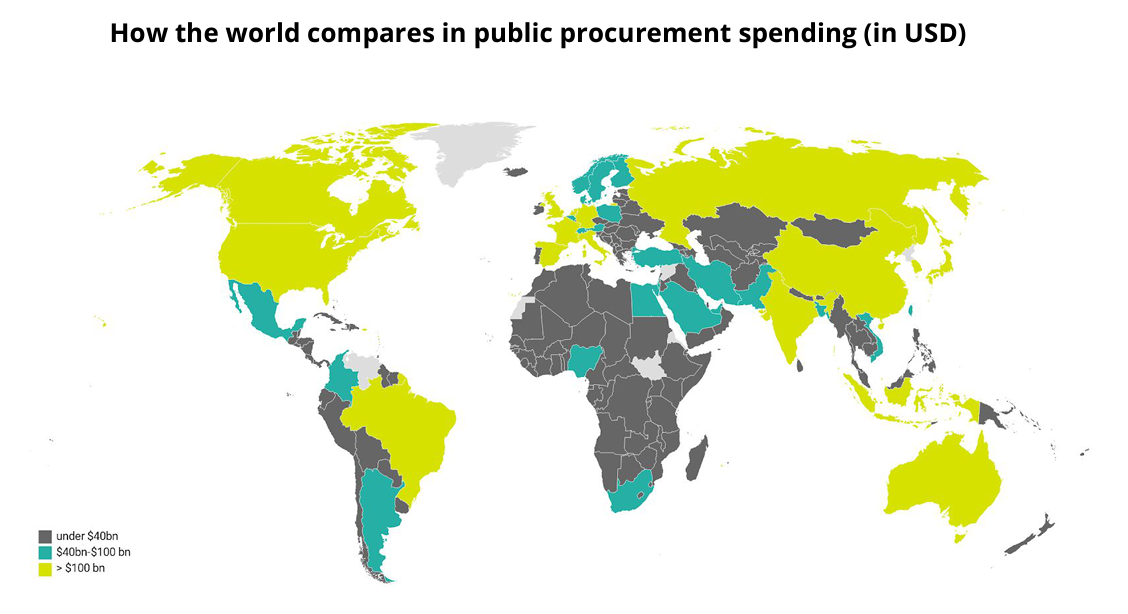 Government spending a significant part of some economies

Selling to governments is appealing for many exporters because the deals tend to be secure and reliable. That’s especially true with the help of CCC, which elevates commercial deals to a government to government (G2G) contract. G2G contracting significantly reduces the risks associated with international procurement since every contract signed by CCC has the legal effect of being signed in the name of the Government of Canada.

“Doing business with a government gives you a footprint in the market and the chance to forge business-to-business relationships there,” says Kim Douglas, Vice-President, Business Development & Marketing at CCC. “And a strong relationship with a foreign government can translate into other export opportunities within a given country.”

G2G contracts also provide exporters with a way to diversify their markets. Many Canadian firms tend to focus on the United States because it’s close, convenient, and big, but growing U.S. protectionism makes it a good idea to branch out and develop relationships with other countries. The good news is those countries are often eager for Canadian products and services.

Canada has a strong reputation in engineering, construction, defence manufacturing and aerospace. Infrastructure is also a particular area of Canadian leadership — and a growing focus for governments around the world, especially when it comes to green public infrastructure to mitigate the impacts of climate change.

Global security and defence is another growing market where Canadian firms have recognized capabilities. That market is also evolving, with new demands and areas of opportunity opening up. “It’s not just about weapons and aircraft anymore,” says Douglas. “It’s everything from artificial intelligence, cybersecurity and border control.”

Apart from our expertise, Canada is a sought-after partner based on our strong “country brand” around the world. Canadian companies are generally seen as fair-dealing and transparent — as reliable and trustworthy partners. While peacekeeping used to be the primary way of forging and reinforcing that reputation, today trade is the sphere of influence.

“Doing deals is what brings countries together now,” says Douglas. “There’s a real push to forge stronger ties with Canada. We’re the only G7 country to have trade agreements with all the others.”

While the government procurement market is substantial, it is also evolving. Government buyers are bringing new priorities and expectations to their deals with foreign firms.

“Governments are less and less interested in bringing in a company that shows up, builds a dam and then leaves, taking all the economic benefits with it when it goes,” says Douglas. “They want partnership-style arrangements through which companies help deliver local economic and social benefits and knowledge transfer.”

Governments are also looking to diversify their supply chains due to lessons learned from the COVID-19 pandemic.

“The last couple of years have shown that relying on a single market or supplier can be a big vulnerability when disruptions occur,” Douglas explains. “Countries are looking to expand their sources of supply and near-shore certain critical goods and services. They’re also looking more and more for companies and country partners who share their values and priorities.”

A unique mode of business when selling to governments

Doing business with a foreign government is more complicated than simply answering an RFP. Requirements are often dictated by more than just production schedules and market demands.

“There are political factors at play beyond the usual commercial concerns,” Douglas says. “Timelines can be tied to political agenda rather than commercial or manufacturing practicalities. That can sometimes be difficult to navigate for companies their first time around.”

Governments also expect knowledge transfer as a condition of partnership so their local communities can be enhanced by contracts with foreign companies: access to expertise is as important as new technology or improved infrastructure. And meeting environmental, social and governance (ESG) criteria is also increasingly a deciding factor in who gets awarded a contract.

CCC has decades of experience helping Canadian exporters navigate these relationships — whether that’s accessing a specific market and key decisionmakers, advising on pursuit strategies, negotiating contract terms or holding the pen on the final deal as prime contractor. CCC can also connect exporter with other players in Canada’s international trade portfolio including BDC, EDC and the Trade Commissioner Service to help turn opportunities into wins.

If you currently sell to a foreign government, are looking at expanding by bidding on more public sector opportunities or want to know more about how to get started with selling to governments, contact us via email or call 1-800-748-8191.