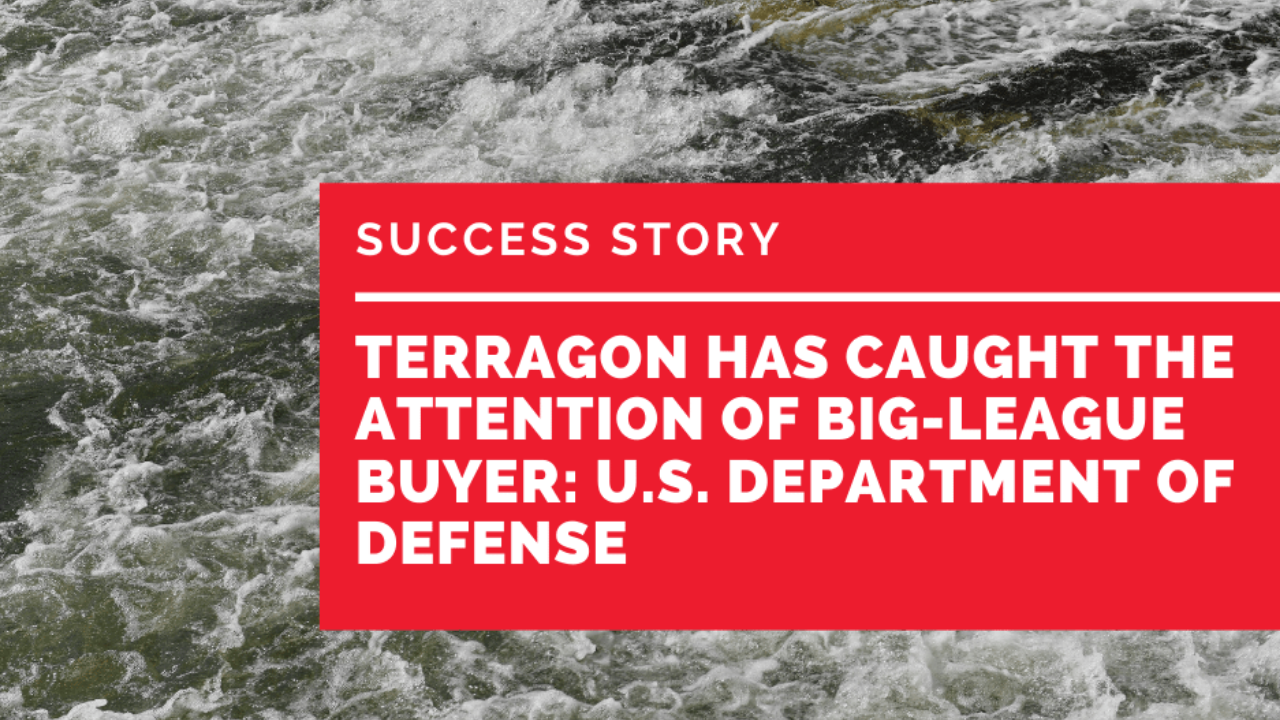 Terragon has caught the attention of big-league buyer: U.S. Department of Defense

Terragon Environmental Technologies is a small Canadian company with a big vision: to make everything from remote military bases to resorts and cruise ships as environmentally self-sustainable as possible. With innovative waste and water management solutions designed to make that vision come true, Terragon has caught the attention of big-league buyers around the world — including the U.S. Department of Defense (DoD).

Terragon’s U.S. DoD contract, at just shy of one million US dollars, marks a milestone for the company, giving it the opportunity to deploy its prototype waste and water management technology in the field as a single, integrated system.

“The Department of Defense needed a rock-solid performance guarantee for this contract,” said Terragon President and CEO Peter Tsantrizos. “CCC’s backing was critical, because it provided a Government of Canada guarantee that the project would be delivered as scoped.”

The waste-to-energy component of Terragon’s solution uses a patented auto-gasification process to convert combustible waste into more than 2,400 kilowatt-hours of energy per day. The process is almost one hundred percent+ self-sustaining because the gas it generates is captured and reused for heating each next batch of waste. The only by-product is a small volume of biochar.

The water-to-water piece of the solution uses a patented electrocoagulation process to treat wastewater so it can be reused for cleaning, toilet flushing, irrigation and other non-potable applications — or discharged back into the environment with no risk of contamination.

Terragon’s U.S. military pilot project is centered on a single base, serving roughly 250 people. If it’s successful — and Tsantrizos is confident it will be — the technology could be rolled out around the world.

“The U.S. has about 4,000 forward operating bases,” said Tsantrizos. “And the global opportunity is even broader than that because other countries look to what the U.S. military is doing. If it adopts our technology on a large scale, others will follow suit. We believe this is a critical contract for us. It opens up a very big market.”

A WORLD OF OPPORTUNITIES

In the end, Terragon’s solution has potential value for any site or community that lacks access to a central waste grid or that pays a high price for resources. That could include communities in the North and other remote habitats, ships at sea and more. Some potential buyers, such as militaries, actually fall into both categories.

“The market for our technology is enormous,” said Tsantrizos. “But we’re a small company, and potential clients can be hesitant to trust in our ability to deliver what we say we can.”

Tsantrizos added that on top of helping Terragon win that trust by providing the backing of a Government of Canada guarantee of contract performance, CCC’s involvement with the company has also helped it maintain a steady cash flow in order to deliver on its contracts. When one foreign government customer was delayed in its payments to Terragon, CCC responded so Tsantrizos and his firm could carry on with business as usual.

“That was extremely positive for us,” said Tsantrizos. “Knowing CCC is there to make sure receivables are paid in a timely fashion is a huge reassurance for a small company like ours. It allowed us to continue our operations.”

To learn more about how CCC can help you bring your business to the world, contact us.