On October 18, 2021, CCC’s President and CEO, Bobby Kwon, joined a Canadian delegation of public and private sector representatives for a three-day trade mission to the Dominican Republic. The multisectoral mission was organized by the Dominican Republic Embassy in Canada to enhance bilateral relations between the two countries. 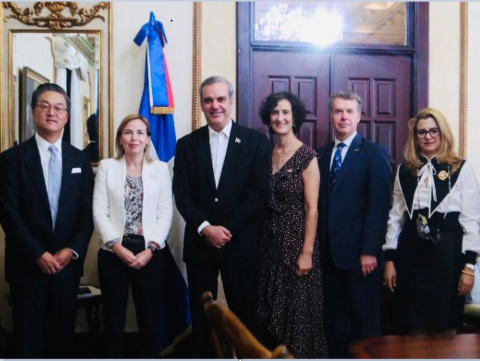 The highlight of the trade mission was a Team Canada meeting with the President of the DominicanRepublic, Luis Abinader, to help position qualified Canadian companies for opportunities in the country.

The team was a whole-of-government commercial advocacy collaboration that included CCC’s President and CEO, Bobby Kwon, Canadian Ambassador, Christine Laberge, and Export Development Canada, Regional VP Gregory Trippenbach. Bobby underscored during meeting that CCC values the confidence the Government of the Dominican Republic has demonstrated in Canadian expertise and technology.

Among the available opportunities in the Dominican Republic, CCC is currently working to finalize a government-to-government agreement to build the second phase of the Guajimia project with Corporación del Acueducto y Alcantarillado de Santo Domingo  – the Water and Sewerage Agency of Great Santo Domingo. Once completed, this sanitation project will positively impact the quality of life of 300,000 people in the Dominican Republic.

Bobby’s trip was part of CCC’s strategy to foster and expand Canada’s commercial relationship with the Dominican Republic, in particular in the Water, Wastewater and Sanitation, Infrastructure, and Aerospace sectors. 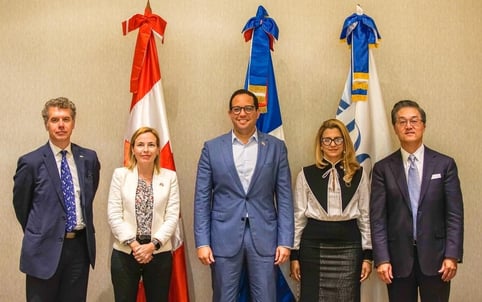 As a follow-up to this successful trade mission, CCC is working closely with Global Affairs Canada (Trade Commissioner Service) to make the pertinent introductions between qualified Canadian firms and the relevant agencies in the Dominican Republic to explore tangible opportunities.