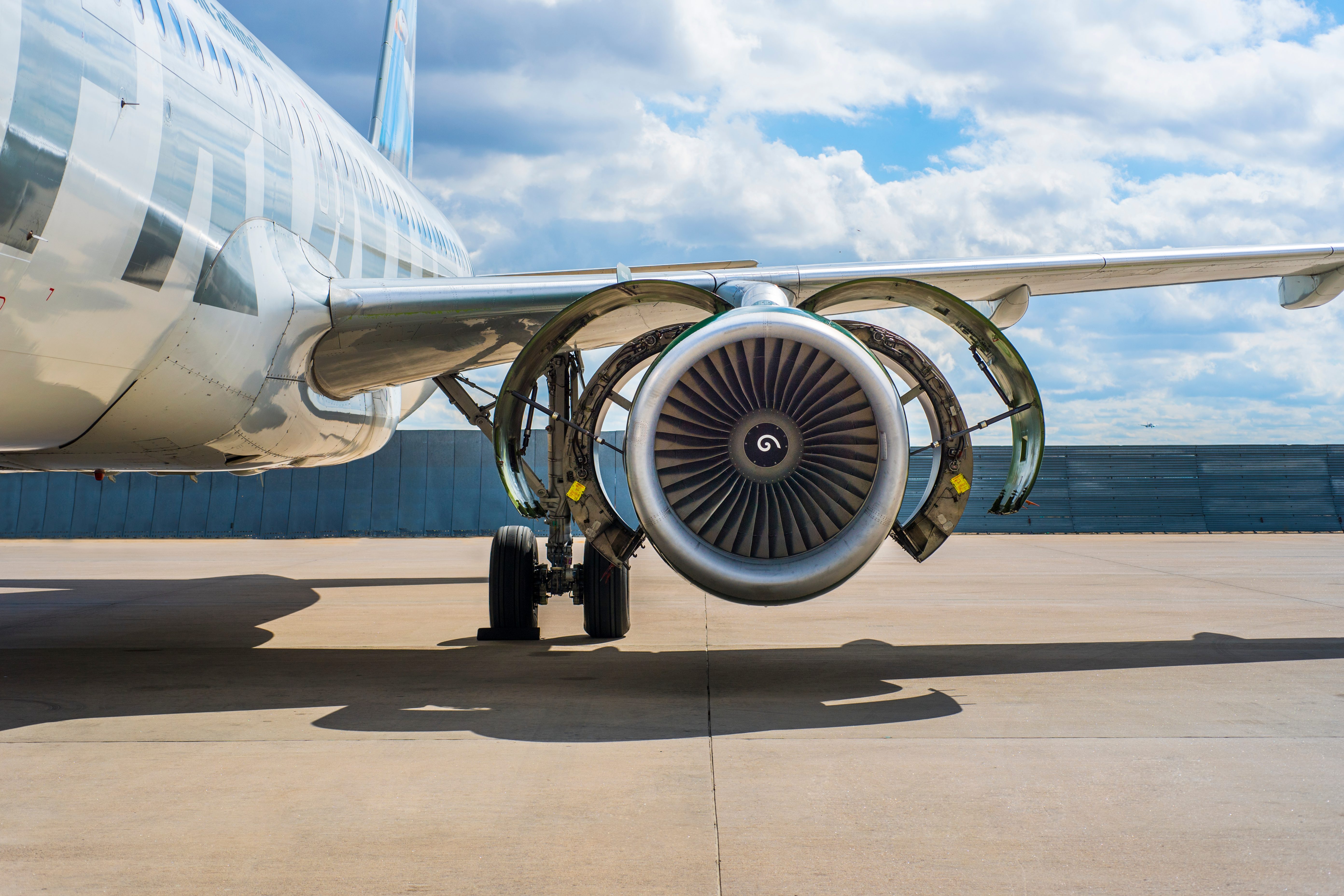 ‘CCC is an advocate for us’: Lockheed Martin Canada

In this blog you will learn how Lockheed Martin worked with CCC to secure a contract with the U.S. Air Force for the overhaul of the F108 engine – an important update to the KC-135R Stratotanker aircraft.

Jim Andrews can sum up working alongside the Canadian Commercial Corporation (CCC) when securing contracts in two simple words: seamless and complementary.

“It’s not complex at all. CCC is an advocate for us, and will stand beside us even once the contract’s completed and awarded. They are with us every step of the journey, and we really appreciate that,” says Andrews, who is Vice-President and General Manager of Lockheed Martin Commercial Engine Solutions Montreal – a branch of Lockheed Martin Canada that focuses on the engine Modification, Repair and Overhaul (MRO) sector.

"CCC is an advocate for us, and will stand beside us even once the contract’s completed and awarded.” Jim Andrews, VP & GM, Lockheed Martin Commercial Engine Solutions"

Lockheed Martin Canada, the Canadian-based arm of Lockheed Martin Corporation, has worked with CCC on securing U.S. Department of Defense (DoD) contracts for several years. Most recently, the global security and aerospace firm worked with CCC under the Canada-U.S. Defence Production Sharing Agreement (DPSA) to secure a contract for the U.S. Air Force’s F108 engine overhaul – an important update to the KC-135R Stratotanker aircraft.

Official channel for Canadian companies to the U.S. DoD

CCC administers the DPSA on behalf of the Government of Canada, and under the DPSA, CCC acts as the Prime Contractor on U.S. DoD contracts for purchases from Canada.

Andrews says that Lockheed Martin Canada has a business development team in the United States which helps them identify services they can provide to the U.S. DoD. When the company is ready to bid on a US DoD project, they work through CCC to secure the contract.

Making it easier for U.S. military to buy Canadian solutions

“They ask us all the right questions and get all the clarifications, and they take over the intermediary role – helping us secure the contract,” Andrews says. He adds that sometimes, the company faces a few challenges when securing U.S. DoD contracts from Canada through CCC.

For example, U.S DoD contracting offices might prefer to buy from American suppliers or are unaware of Lockheed Martin Commercial Engine Solutions’ services in Canada.

“Everybody thinks about Lockheed Martin’s F-35s, ships, and all that great stuff. But they don’t think about us repairing aircraft engines,” Andrews says. “CCC helps us bridge that challenge, and the end customer can look at CCC as really backstopping us and validating our capabilities. It goes a long way in helping us through the U.S. DoD contracts.”

Usually, Andrews says, the length of time it takes from a bid to winning a contract varies and depends on the needs of the end customer.

“Sometimes, it’s just a few months – but if it’s a large bid and there’s not an immediate need, it could take two years,” he explains. “It’s completely up to the end customer.”

He adds that Lockheed Martin Canada always works well with CCC when completing the due diligence process, specifically its integrity compliance assessment, human rights assessment on the end-use, technical, managerial and financial assessment and price certifications.

These items are critical to the U.S. government and other governments, as well as to Lockheed Martin as a company.

“The integrity compliance and human rights assessments in particular are built into our DNA,” he says, adding that Lockheed Martin Canada often has to complete technical, managerial and financial assessments as well as price certifications for other customers.

“The due diligence process makes a lot of sense to us, and we work well with the CCC on that. If we’re not clarifying something properly, CCC comes back to us so we can explain more. Their questions are always appropriate and what would be expected for the work that we’re looking to perform.”

CCC’s Government of Canada’s guarantee of contract performance also brings added value to Lockheed Martin Commercial Engine Solutions, which he describes as functioning as its own medium-sized business even though it is part of a much larger enterprise.

Contracts with the end customer can become quite complex, and he says that CCC’s support throughout the life of the contract, including contract adjustments or helping solve contentious issues, is invaluable.

“When we have these little changes that we need done, having CCC there with us goes a long way in supporting us,” Andrews says.

At the same time, CCC’s Government of Canada’s guarantee of contract performance also brings added value to the U.S. DoD buyer – particularly because it reduces the procurement risk for the buyer with CCC standing behind the Canadian supplier.

“End customers feel that if the Canadian government's willing to backstop us, then we are going to be able to perform the work. That means a lot for a small to medium enterprise trying to get business, and for the U.S. government buyer,” he says. “That government guarantee is massive for us, and really important for our end customer.”

Each year, CCC contracts for and manages approximately $1B in contracts with Canadian companies and the US DoD through the DPSA.

“That government guarantee is massive for us, and really important for our end customer" Jim Andrews, VP & GM, Lockheed Martin Commercial Engine Solutions

Are you ready access the largest defence procurement market in the world?

To learn more about how we work with Canadian companies to help them sell to the U.S. military, visit our U.S. DoD Prime Contractor program. If you are currently working on an opportunity with the U.S. DoD, contact us so we can help you close the deal.