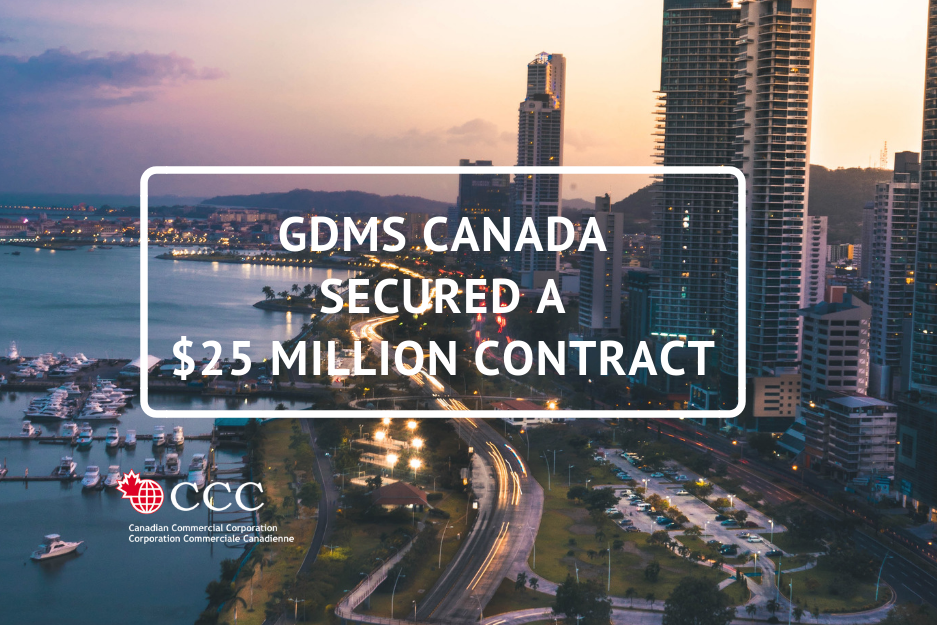 How GDMS Canada is increasing public safety in Panama

When the government of Panama set out to improve public safety, it knew it would be looking beyond its borders for solutions. Some officials were leery: their past experience of international contracting hadn’t been ideal. While Canada’s General Dynamics Mission Systems (GDMS) had the right technology and training package to meet Panama’s needs, the country needed reassurance the deal would be done right. That’s exactly what CCC’s G2G contracting approach provided.

Panama’s legacy public safety systems had fallen out of step with the country’s requirements. The Ministry of Security needed a better way to monitor unfolding situations and accelerate the dispatch of first responders. At the same time, it wanted a solution that would improve performance without increasing costs.

That said, the Panamanian government had some unease, according to CCC Business Development Manager Mathieu Lacroix.

“Government officials were adamant that this next deal had to be transparent and delivered to the letter due to the importance of the project to the internal security of Panama. The risk of a failed tender was sufficient to make the case for not tendering the project competitively per their typical procurement regulations.”

CCC’s government to government contracting approach — which would allow Panama to sign a contract directly with the Government of Canada for GDMS’s solution — had the potential to assuage those concerns.

The CCC worked closely with Canada’s Ambassador to Panama at the time, Anna-Karine Asselin, and with Senior Trade Commissioner Michael Redenbach to advance the project. Both were extremely supportive and helped Panamanian officials and decision-makers understand how the G2G contracting approach worked and what kinds of protections it would afford them.

Lacroix notes that even the U.S. Ambassador was a supporter of the deal, seeing the advantage of having a reputable Canadian firm meeting the Panamanian government’s needs for enhancing public security.

“As part of the G2G contract we signed, we worked out a Framework Cooperation Agreement with the Panama Ministry of Security,” Lacroix explains. “That meant GDMS Canada could deliver on this contract for Panama without having to register as a local company. This streamlined the related tax administration for the Canadian company.”

Delivery underway - and a door is opened

With the paperwork signed, and with CCC overseeing every step of delivery, GDMS Canada is now delivering the $25 million contract, aiming to have key phases of implementation complete in time for Pope Francis’ 2019 World Youth Day visit.

Panama’s government was so pleased with the agreement and CCC’s approach — and by the assurance of being able to deal directly with the Government of Canada — that it formalized the Framework Cooperation Agreement a into law. That means the Ministry of Security can work with CCC on an ongoing basis to sole-source future security-related purchases from Canada.

Lacroix says this is great news not only for GDMS Canada but also for other Canadian exporters in what has historically been a challenging market.

“We’re now known in the country,” he says. “It’s opened the door for other exporters to look in and explore opportunities. And of course, we at CCC, are here to help in any way we can.”